The Invention of Insulin: The Experiment to Nobel Prize

Insulin is a type of hormone. This hormone is produced in our body by a gland called the Pancreatic which is behind the stomach in the body. The pancreas is a pinkish gland that is the size of a tongue. 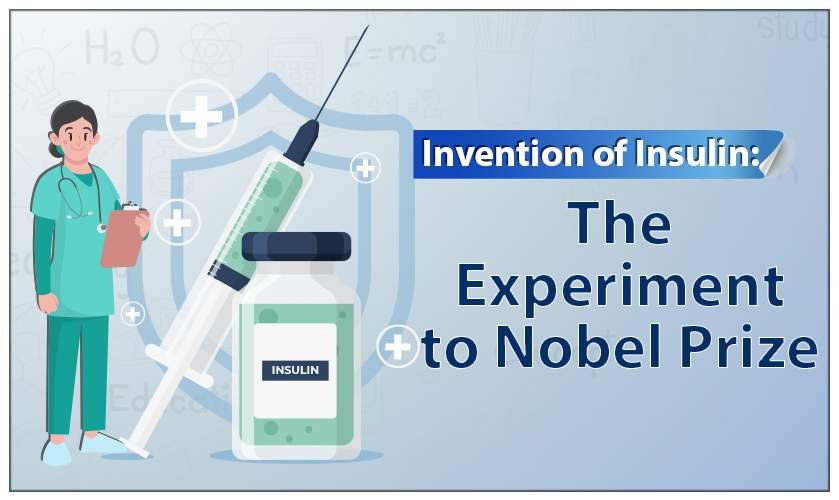 The Invention of Insulin: The Experiment to Nobel Prize

When there is diabetes in the body, the pancreas stops functioning. Due to this the production of insulin stops in the body. The control of glucose in the body also stops. Due to this, the amount of sugar sugar starts increasing in the human body. This condition of the body is called diabetes. Insulin is used to protect people from this diabetes.

Frederick found in his experiment that three types of juices come out of the pancreas. These juices digest proteins, starches and extra fats. Frederick performed this test on a dog. He removed the pancreatic gland from the dog’s body and found that the dog was affected by diabetes due to the removal of this gland.

From this experiment, he came to the conclusion that the secret of control of sugar is hidden in the pancreas itself. Professor MacLead, who was a professor at the University of Toronto. He had to go somewhere in those days. Because of this Frederick got the opportunity to experiment in Macleod’s lab.

Frederick started the experiments in 1921 with a colleague, Charles Herbert Best. Frederick operated on the dog and tied his pancreatic duct with a catgut. The dog’s stomach was opened after 7 weeks but the experiment failed when the catgut thawed. Frederick was not disappointed with this and started his new experiment.

This time he tied the tube with a silk string. After 4 weeks, he opened the dog’s stomach and saw that the gland was very dry but the dog was not suffering from diabetes. Frederick understood that a secret chemical is being made in the pancreatic gland itself, which does not flow in the duct. This chemical regulates sugar by mixing in the blood.

Frederick made a chemical by extracting that dog’s gland and injected it into a diabetic dog. Due to this experiment on the dog, his sugar level started falling. Through injection, this chemical continued to reach the body of the dog and one day that  dog named “Marjorie” was completely cured. It was a miracle in medical science.

Nobel Prize for Discovery of Insulin

Frederick said that MacLead had no contribution in the discovery of insulin. This discovery is mine and best. Frederick refused to accept the award. After this, the Nobel laureates put Frederick in first place and Macleod in second place. Frederick gave half of his Nobel to Best.

Insulin is a revolutionary discovery in medical science and Frederick will always be remembered for his discovery.